Into Russia and USA Virgin Atlantic has today announced it will be joining forces with Russia’s Transaero Airlines to expand the route networks of both carriers under a new codeshare agreement. From September, passengers will be able to book with Virgin Atlantic to travel on connecting journeys to Moscow twice a day. Transaero passengers will enjoy flights from London to Los-Angeles, San-Francisco, Boston and Orlando operated by Virgin Atlantic. Connections

From London heathrow to Kuala Lumpur From the 14th of August, Malaysia Airlines will operate daily non-stop A380 flights between London Heathrow and Kuala Lumpur International Airport (KLIA) as its second Airbus superjumbo joins the fleet. This comes six weeks after the airline celebrated the launch of its inaugural A380 service, which operated three times per week on this route. Malaysia Airlines’ A380 flight MH3 departs Heathrow daily at noon

Service to Chicago in April 2013 Qatar Airways recently announced an expansion of its USA route network with the introduction of daily passenger flights to Chicago from April 10 next year. The non-stop service from Doha, capital of the State of Qatar, will be the carrier’s fourth USA gateway, following already successful daily operations to New York (JFK), Washington (IAD) and Houston (IAH). The carrier, which already operates twice-weekly cargo

We’re sorry, your browser doesn’t support IFrames. You can still <a href=”http://free.yudu.com/item/details/713485/ITM-July—Aug-2012?refid=31124″>visit this item.</a>, however.Enlarge this document in a new windowDigital Publishing with YUDU

Case study: Schneider Expedited Services Team and a leading U.S. consumer electronics manufacturer In today’s freight environment, shippers know nearly any commodity is at risk of being compromised in transit by sophisticated thieves. Of course, if you’re shipping trailers filled with new-model mobile phones, you can almost guarantee your product will be a target. This was exactly the case for one of the world’s largest mobile phone manufacturers.   This consumer 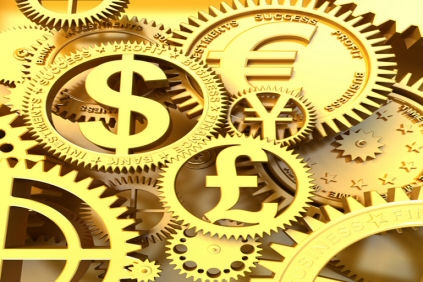 Demand growth slows The International Air Transport Association (IATA) announces results   The International Air Transport Association (IATA) announced global traffic results for May showing a general downward trend in line with deteriorating global economic conditions.   While passenger demand was 4.5% ahead of levels in May 2011, growth was virtually flat compared to April. Capacity increased by 4.0% and load factors stood at 77.6%, below the historically high levels recorded in April.   May

The London 2012 Olympics have been described as one of the largest peacetime mobilisations ever mounted in Britain. Certainly from a transport perspective it has been exercising minds for years – both passenger transport as well as freight and logistics operators. Hosting an estimated 500,000 visitors to the Olympic Games will cause a certain level of disruption in London – and as we have been discovering, a shift in traffic