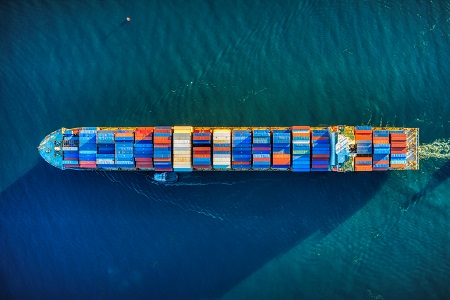 ITM speaks to industry experts and takes a look at the biggest trends and challenges facing the ocean freight sector for 2022.

The end of the holiday season and beginning of a new year is typically a slower period for the global ocean freight market. Retailers usually spend the summer months building up inventories for the all-important end of year holiday season while manufacturers replenish raw materials to manufacture the goods for retailers and wholesalers to purchase and to begin the cycle, once more, of inventory building to satisfy customers’ requests.

But it’s been a major task to keep up with customer requests in the midst of a global health crisis. Inventories struggle to keep up with demand and variants of COVID-19 spread through supply chains.

The COVID-19 pandemic has undermined supply chains, changed purchasing habits and has extended the average peak season of just a few months to one that is stretching for two years and still growing. There is no longer a typical pattern for movement of inventory and other goods.

Despite a steady decline in TEU capacity that occurred during the second half of 2021, port conditions deteriorated and US retailers, in particular, began to warn that inventories may not be available in time for the end of the year holiday season.

Mark Tritton, CEO of retailer Bed, Bath & Beyond said, “The customer experience was compromised as strong demand wasn’t met with strong product availability. This resulted in approximately US$100 million in lost sales versus the demand, or a mid-single-digit impact of the quarter and an even higher impact on December.”

But, during December, there were green shoots of optimism that supply chains were beginning to return to some sort of “normalcy”. Port congestion at various ports such as Hong Kong, Los Angeles, Long Beach and Yantian declined noticeably during December compared to November.

However, congestion at Rotterdam actually increased in December as it continued to grapple with full storage capacities and connection delays with the European inland. “We don’t see any major changes in the current situation until at least the end of 2022,” said the port’s Commercial Vice President, Emile Hoogsteden in a statement.

In November, the Ports of Los Angeles and Long Beach announced a Container Excess Dwell Fee. Although these charges have not yet been implemented and have been continuously postponed, the “threat” of such a fee is credited with freeing up space for inbound containers but did little to reduce import dwell times. In fact, other ports in Europe and Asia saw little to no change in import container dwell time from November to December 2021.

Little change in export container dwell times from November to December were also noted. Among the exceptions though was Savannah which noted a two day decline. The Georgia Port Authority opened pop-up storage lots across the state and extended container pick-up times to later in the evenings. These changes helped free up container space for exports.

Rising costs have led to an upsurge in both the sophistication and number of shipping container scams. Andrew Jones, Managing Director at S Jones Containers, outlines a number of ways to try and avoid being scammed.