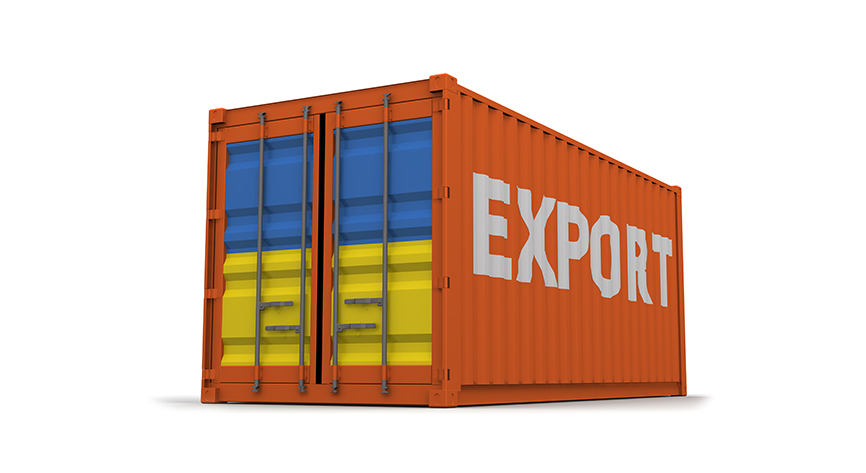 Together with the country’s State Export-Import Bank (Ukreximbank) and the Export Promotion Office, the newly-established PJSC Export Credit Agency (ECA) intends to boost exports from Europe’s breadbasket and the world’s largest grain exporter and maker of Antonov planes.

Today, raw materials like agri products (14%) and ferrous metals (22.6%) account for the bulk of Ukraine’s exports. Although value-added heavy machinery and goods (6%) plus furniture and plastics also have a share, the ambition is to export much more, says Sviatoslav Kuzmych, head of foreign borrowing at Ukreximbank, and a member of the working group behind the new ECA.

According to the latest government figures, the export value of machinery, minerals, chemicals and other industrial goods (not including value-added agriculture) reached US$7bn in the first half of 2019. “The share of high-value goods and services in our export mix is comparatively small. Shifting from raw material exports to exporting more finished, high value-add products and services is important for Ukraine’s sustainable development,” says Kuzmych.

Access to long-term cheap finance and insurance products are among the biggest challenges facing Ukraine’s exporters. Companies have been clamouring for support to better hedge their risk and access mid and long-term financing at affordable rates for years. Now PJSC ECA will transform the ability of industries like mid-cap equipment producers and high-tech goods manufacturers to access pre-shipment financing, he says.

Enabling local exporters to compete abroad with the offer of ECA-backed finance to foreign buyers is another crucial element of the jigsaw. “Other exporters are able to use their ECAs, but Ukrainian’s exporters have had no such facilities,” says Kuzmych.

The largest companies in Ukraine can fund themselves via inter-group transfers or by attracting long-term financing from the capital markets or foreign banks. Elsewhere, companies involved in the supply chain can tap financial support from their long-term partners as a pre-payment. In contrast, mid-cap companies producing capital goods or finished products with longer production cycles and requiring longer tenor financing have always struggled to build sufficient working capital, or access finance from banks. SMEs have been particularly hard hit too, he says.

The availability of bank finance is also limited. Although Ukraine’s banks have good levels of liquidity, they don’t tend to support mid-cap corporate and SME customers’ hedging needs and the availability of trade finance for customers exporting overseas is patchy. “Exporters are willing to put expected export proceeds under contract as collateral for bank,” explains Kuzmych “However, banks are often reluctant to take on credit risk for such borrowers because of strict regulatory requirements around collateral. There is also a lack of bank appetite to finance exports to risky destinations with longer deferred payment tenors.”

Now help is at hand. Working with Ukraine’s own state bodies, Germany’s KfW, consultancy PWC and an array of experts from the ECA community (notably Euler Hermes, Belarus’ BelEximGarant and Kazakhstan’s KazakhExport) and the Berne Union, the ministry of economic development, trade and agriculture in Ukraine finalised an action plan in 2015. New parliamentary laws followed, enshrining support for exporters via insurance, guarantees, and promises to reduce the cost of lending in law.

Likely first projects could span food, light industries, pharmaceuticals, equipment, transport and furniture, enthuses Kuzmych. “There will be an evolution of PJSC ECA product lines and the agency will move from small to more significant volumes, and from simple to more complex products.”