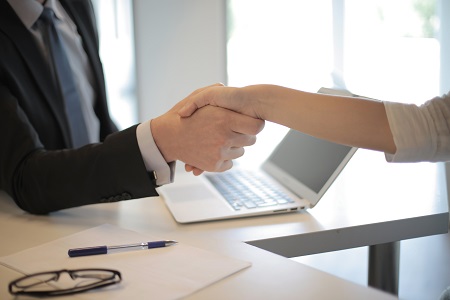 Kat Moss takes over as Chair of LEEA in January 2022 having been a member of the Board for almost six years. Paying tribute to Richard Money, who ends a tenure as LEEA Chair that has spanned an unprecedented period, Kat said “I would like to thank Richard for being a tremendous source of support and good sense to LEEA, particularly during this most difficult of periods of the pandemic.”

Starting with Catena Inspection and Engineering Services, where she is now Business Development & QA Manager, on a week’s hire in administration back in 2010, Kat found she had an understanding for the field that led her to get more involved. A customer query about CE-marking led to Kat getting in touch with a LEEA representative, who invited her to a technical meeting. Six months later she joined the committee, which eventually resulted in being elected to the Board of LEEA – and in January 2020 becoming Vice Chair. Now as Chair, Kat cites technology and a general modern approach to operations as key principles to promote.

“Covid has made us do things in different ways and has, to a certain extent, brought forward LEEA’s digitalisation plans,” she says. “We need to ensure this continues. We have transitioned from the traditional face-to face, in-person meetings to new forms of communication. Those who may have questioned ‘doing a Zoom meeting’ prior to the pandemic are so much more open to the possibilities offered by the technology, to the point where in person meetings now need to be justified.

“For example LEEA recently held its technical forum, which might previously have been held in the Birmingham area, where attendees would generally be from the UK. Holding this event online however made it easier for a broader, more international audience to access the forum. By keeping members around the world engaged in this way, technology helps

LEEA enhance its global management through making meetings and forums more inclusive for everybody.”

While Covid has undoubtedly been the biggest trend for members globally, UK members have also been contending with Brexit. “They need LEEA’s support in terms of explaining how relevant standards are being changed and tweeked. The Association’s technical team has put a great deal of effort into ensuring they are visible and accessible to members and are looking at these issues with a LEEA and UK perspective. I am pleased that LEEA has been active in taking measures to tackle issues created by both Covid and Brexit.”

Kat has been the driving force behind the Lifting Equipment Technician apprenticeship. “It has been a slow and painful process but for us it is a vital measure to safeguard our industry’s sustainability – and the industry is chomping at the bit to get started.”

Both companies and recruits will benefit from an apprenticeship. “Becoming involved in Lifting is more about the person. A student doing an engineering course in University will not learn how to inspect in lifting equipment. It is those leaving school with some good observational skills and a hands on attitude that we want to be aiming at in terms of recruiting the next generation, who can be tailored for an industry that is unfortunately too often overlooked but is nevertheless massive.”